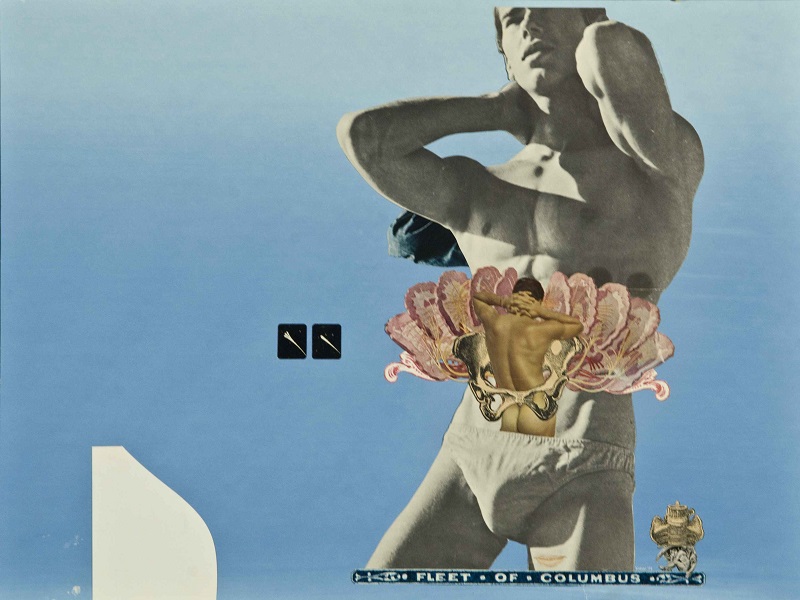 Michael Bidner (1944-1989) worked predominantly in multiples and mail art yet, despite being a pioneer in these media, he remains largely absent from the art narrative of both London Ontario and Canada. Michael Bidner: Raw aims to redress this obscurity by presenting the first retrospective of his work, restoring him to a visible place in the narrative of late 20th century Canadian art and counterculture.

Bidner was well acquainted with his era’s movements of printmaking, mail art, and xerography, taking visual cues from the world of commercial art, the literary press, the gay community (what is now known as the LGBT2Q+ community), and the London punk scene. He famously acquired the first colour Xerox machine in Canada directly from the company itself and went on to host an all night print party in the basement of McIntosh Gallery.

He published what could arguably be called one of the most beautiful zines produced in Canada. Adz — “magazine as art,” in Bidner's words — was a more than a magazine, it was a hypermagazine. It was extreme, bold, irregular, and hilarious. His later publications, Rag, a rich example of gay (LGBT2Q+) activism in print, and RUDE were equally ambitious.

Throughout his short career, Michael Bidner created an extraordinary and dynamic body of work that foreshadowed later developments in alternative culture. His innovative work in the gay (LGBT2Q+) community, as well as the fringe communities of DIY print production, continue to resonate in current artistic practices, making his invisibility in the national scene all the more conspicuous.

Bidner produced work at the bleeding edge of technology and cultural significance and the time has come to examine and celebrate his many prescient accomplishments. 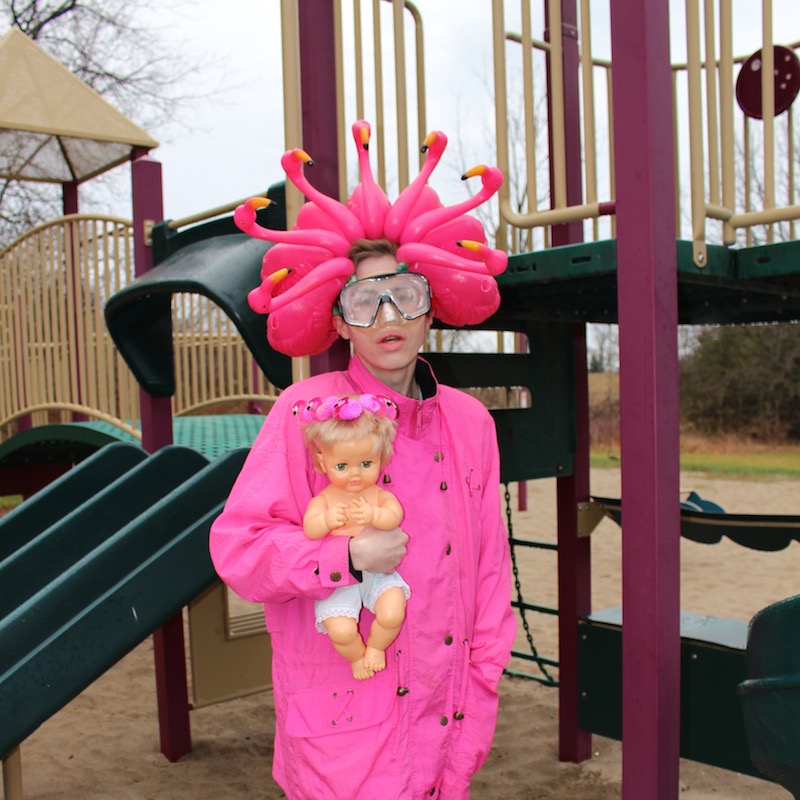 Queer people exist in opposition. With the goal of catching and “correcting” our identity, we often survey our mannerisms, physical attributes, and other traits that define us at the “other”.  Such self-realization and self-regulation are among the earliest stages of recognized difference. As we grow as individuals and develop pride in the performative aspects of our identity, we live more boldly in the world.

Queer artists, equipped with resilience and a tradition of reclaiming and redefining performance, analyze, channel, emphasize, hyperbolize, and satirize. The resulting performances are intrinsically unique and subjective. By putting themselves, their characters, their roles, their self-reflections and self-realizations in their work, the artists in this exhibition in celebrating their queerness, enhance the discourses surrounding queer identity within the context of a heteronormative culture.

If You’ve Got It Flaunt demonstrates the array of potential identities available within the LGBT2Q+ community. Standing their ground by asserting and diversifying queer visibility, the exhibiting artists reveal the complex, shifting nuances of intersectionality based on their lived experience and aspirations for the future.

April 5 - May 28: The Flora and Ian Tripp Collection & Recent Acquisitions 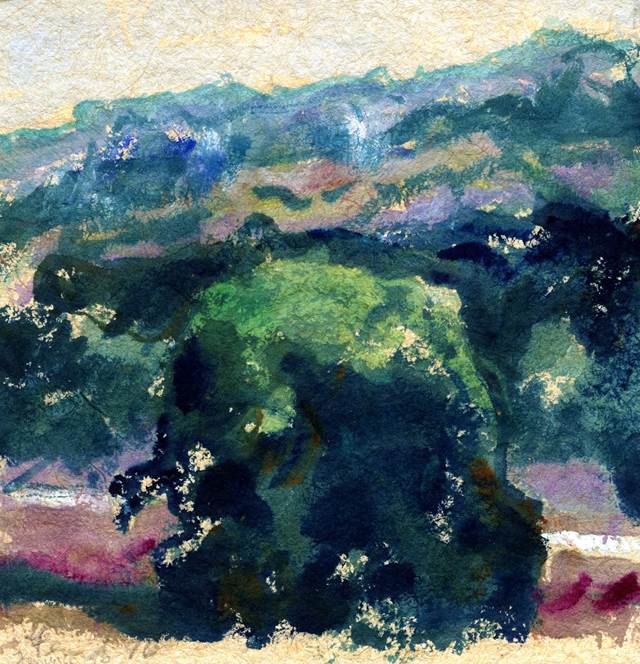 This exhibition reveals one London couple’s approach to assembling an art collection based largely on longstanding friendships with the artists. Encouraged by former McIntosh director, Maurice Stubbs, Ian and the late Flora Tripp began collecting art soon after their arrival in London in the 1960s. They attended exhibition openings and often acquired a key work of art from each show, often the one illustrated on the invitation.

Over the decades, they added international works discovered on their travels. But it largely remained a collection of London artists and friends including Eric Atkinson, Roly Fenwick, and Maurice Stubbs. The Flora and Ian Tripp Collection: Art, Friends, Memories displays most of their collection publically for the first time in celebration of its future bequest to McIntosh Gallery. We thank Paula, Tim and the late Greg Child, for their generous financial support of this exhibition.

Since 2010 collectors from London and region have donated over 550 works of art to the McIntosh Gallery Collection. Most have enhanced in significant ways our existing holdings of Canadian artists such as Carl Beam, Greg Curnoe, Jamelie Hassan, and Norval Morrisseau. Some are the only representations of fine local artists like the outstanding and beautiful James Griffiths. Works by distinguished international artists, including Richard Hamilton, Marino Marini, and an exceptionally rare and early Henry Moore bronze, help situate Canadian art practices within a global context.

McIntosh Gallery thanks all of our generous donors who make it possible for us to collect, maintain, preserve and develop a permanent collection. A rich resource for the promotion and appreciation of local, regional and national artists, it is widely recognized for its unique holdings which are featured regularly in curated exhibitions across Canada and in prestigious publications. 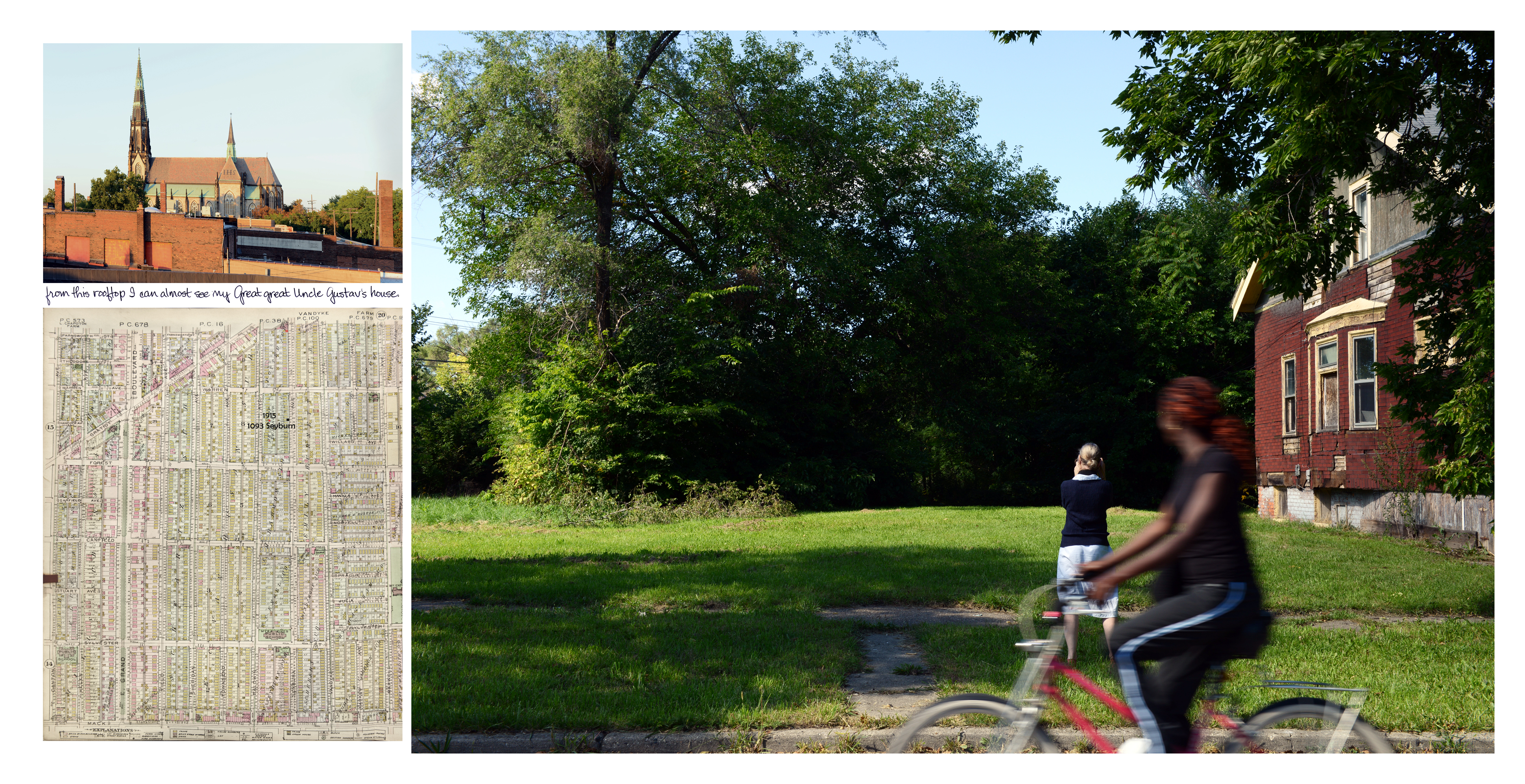 Welcome to Detroit: Suzy Lake and Orlando Ford includes photographs by Lake and a film by Ford that ask what it means for a city to be observed, documented and perceived by outsiders. Lake’s series, Performing an Archive, examines the cycle of ruin and revitalization in the Detroit working-class neighbourhoods where she grew up.
Ford’s film, Where the Heart Is, tells a vibrant, human tale of a growing city through candid interviews with Detroit residents.

From Newmarket, Ontario, Jessica Cappuccitti holds a BA Hons. from Western University, and MFA from OCAD University. Currently a doctoral candidate in the Department of Visual Arts at Western University, Welcome to Detroit: Suzy Lake and Orlando Ford is her thesis exhibition. 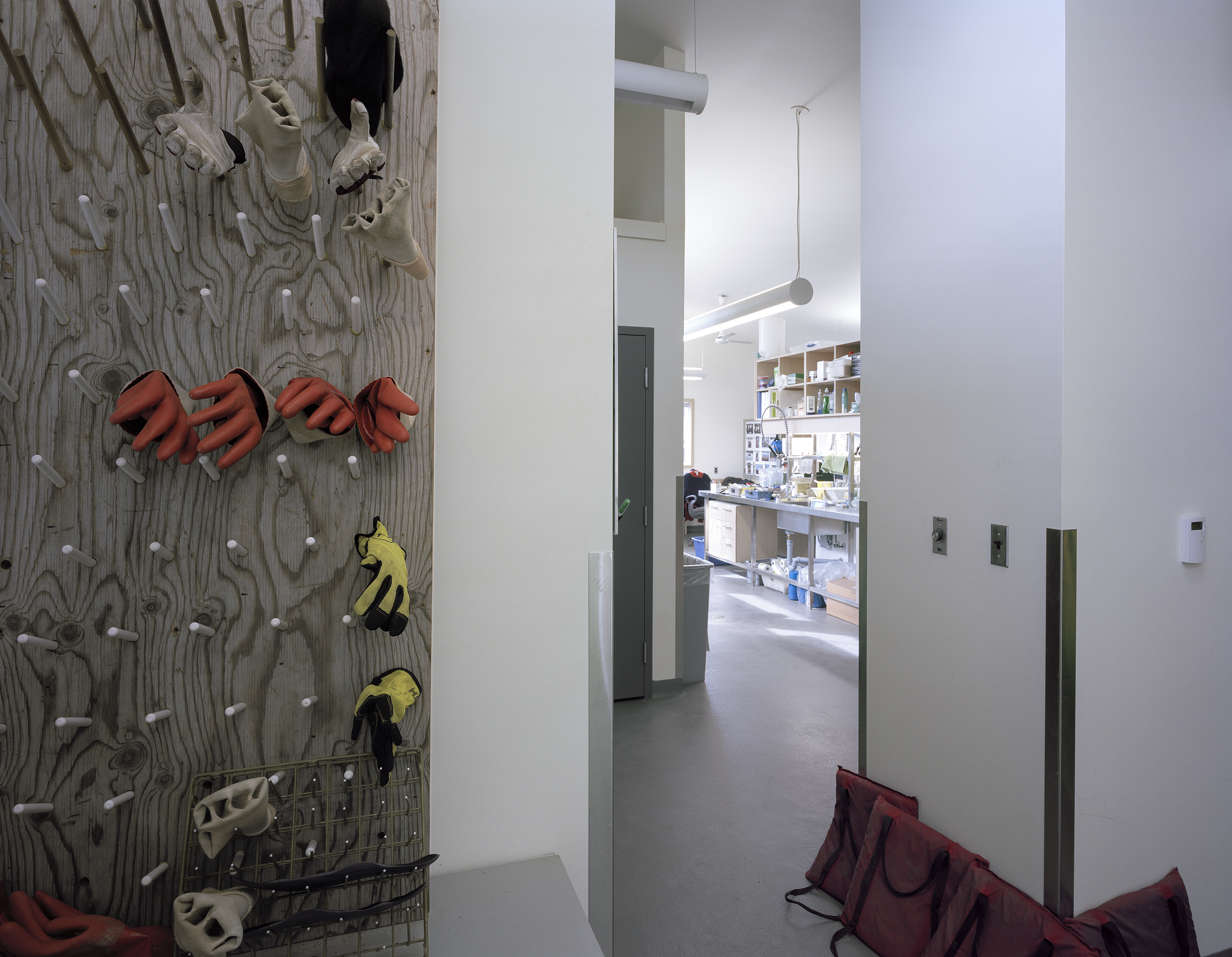 Featuring over one hundred photographs from visits to more than thirty-five laboratories, research centres, and field stations around the world, Mark Kasumovic’s A Human Laboratory proposes many possible, yet unresolved, narratives.
Photographing scientific instruments, Kasumovic suggests their similarity to the camera as influential recording devices that enhance our understanding of the contemporary social landscape.

From Hamilton, Ontario, Mark Kasumovic holds a BFA from Ryerson University, an MFA from NSCAD University. Currently a doctoral candidate in the Department of Visual Arts at Western University, A Human Laboratory is his thesis exhibition.

Joy Wong’s skim considers the dirt surrounding us, the inbetweenness of skin, boundaries, and thresholds, and what it means to have and be a body. To skim is to discard "impurities", to take the top off, to reveal below.

Consisting of plastics, latex, and refuse, Wong’s works are explorations in materiality and corporeal ambiguity. Deteriorating surfaces recall literature on the abject and grotesque, while in the pleating, folding, and delicate netting a tender meditation on beauty emerges.

About the artist:
Based in Toronto, Ontario, Wong holds a BFA from York University, and is currently an MFA candidate in the Department of Visual Arts at Western University. Wong was recently named as a finalist in the 2018 RBC Painting Competition. skim is her MFA thesis exhibition.

Next to a River - Embroidery as Map and Shelter
Sharmistha Kar
August 10 - September 8, 2018
Closing Reception: Friday, September 7 from 5 to 7 p.m.

Sharmistha Kar’s Next to a River – Embroidery as Map and Shelter is a meditation on ideas of belonging, migration and identity. Featuring textile works adorned with hand embroidery, Kar’s practice forges connections between traditional craft and regional and personal histories.

Exploring notions of temporary presence, these intricate and layered surfaces form tactile maps, embroidered landscapes, and tented shelters, which act as records of migration and experience.

About the artist:
From Kolkata, India, Kar holds a degree in Fine Arts from the University of Hyderabad, and is currently an MFA candidate in the Department of Visual Arts at Western University. Next to a River – Embroidery as Map and Shelter is her thesis exhibition. 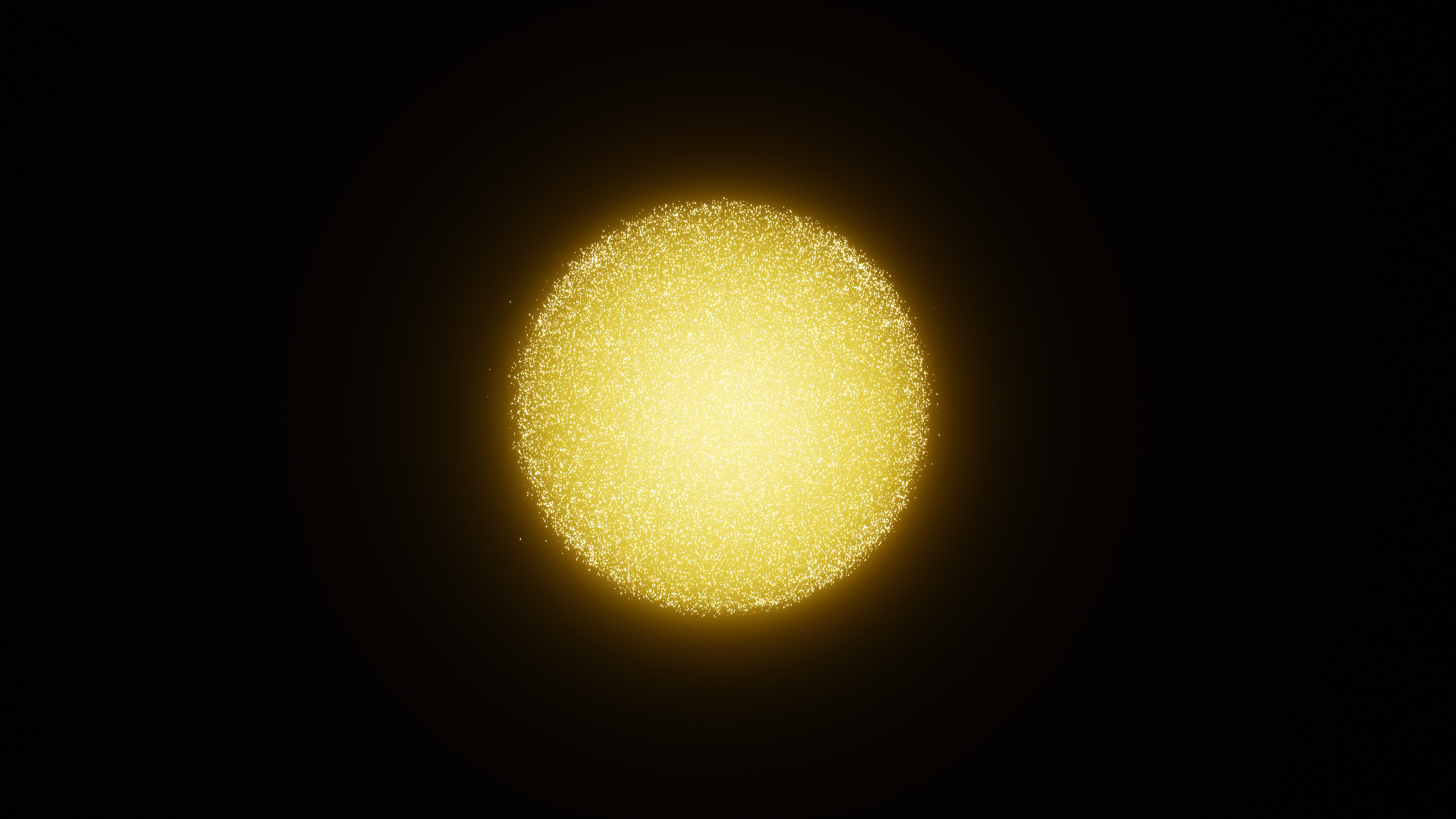 McIntosh Gallery is pleased to present the first Canadian exhibition of new media work by Malcolm Pate. Pate’s practice traverses the ways in which natural systems and cutting-edge technology intersect with and illuminate one another. By applying custom software to quasi-realistic computer generated imagery, Pate references the tradition of landscape painting as well as both human and animal behaviour, creating projected images that invoke the collision of nature and culture. Referring to the colour spectrum of visible light which these works cover, 620 to 550 comprises four installations, two of which Pate created specifically for this exhibition.

About the artist:
Jeff Wall is a Canadian artist best known for his large-scale cibachrome photographs mounted in lightboxes that often reference genres in painting including landscape and tableaux. His work has been included in numerous international solo exhibitions including at the Institute of Contemporary Arts, London, England (1984), Museum für Gegenwartskunst in Basel (1987 and 1999), Vancouver Art Gallery (1990), San Diego Museum of Contemporary Art (1991), Kunstmuseum Luzern (1993), Museum of Contemporary Art in Chicago (1995), Museum of Contemporary Art in Los Angeles (1997), Tate Modern in London (2005), Schaulager in Basel (2005), Museum of Modern Art in New York (2007), and Deutsche Guggenheim in Berlin (2007). His work has also been included in major group exhibitions such as Documenta (1982, 1987, 1997, and 2002), Whitney Biennial (1995), São Paulo Bienal (1998), Carnegie International (1999), and Sydney Biennial (2000). 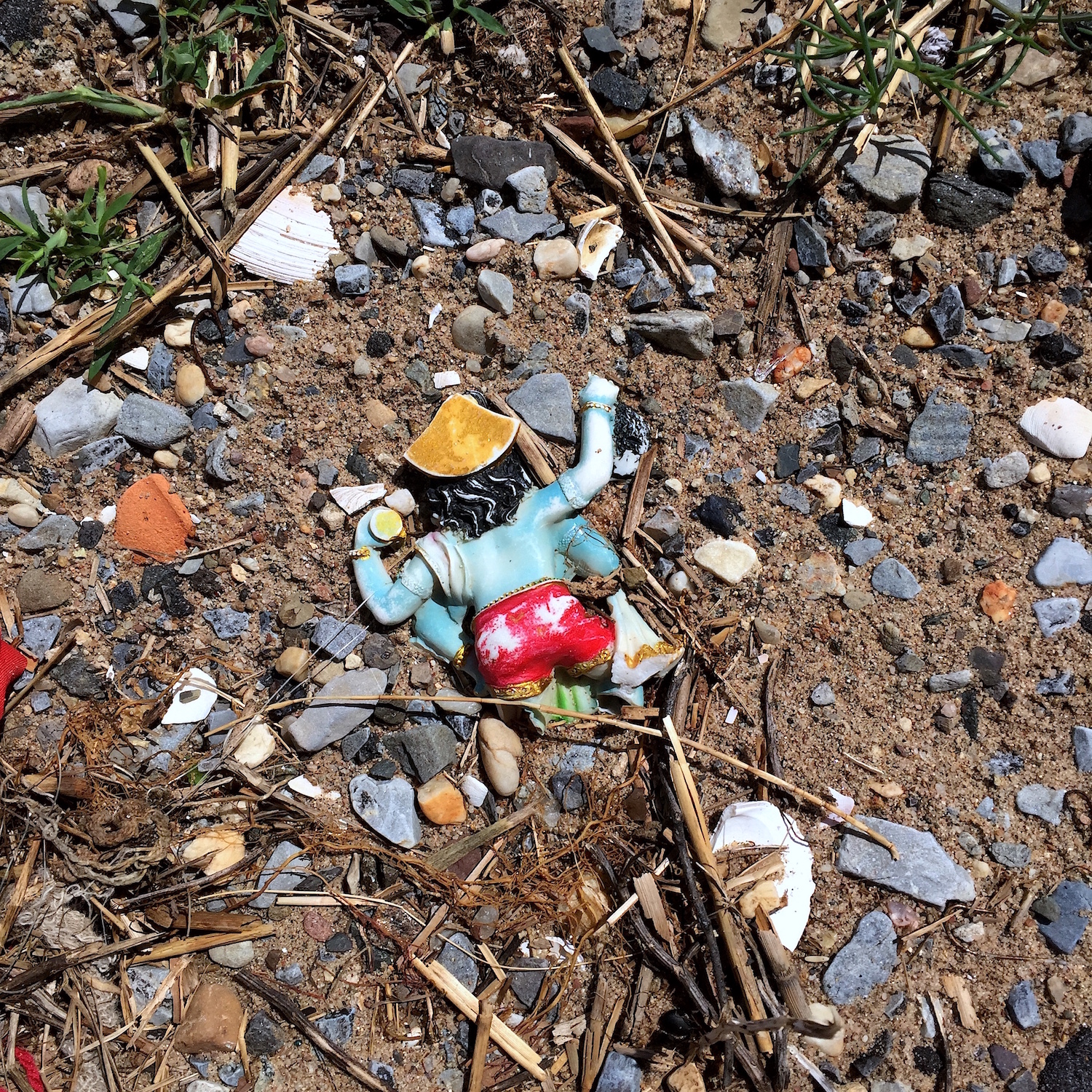 In Coolie Coolie Viens, Andil Gosine presents an autoethnographic study of life after the end of indentureship. Indentureship is the colonial system of labour that brought Indians and other peoples from South Asia to the Caribbean, effectively replacing slave labour on plantations. Here, Gosine interrogates the legacy of indentureship and its social and political effects on Indo-Caribbean communities. He believes that indentureship has transformed the lives of its descendants through intergenerational trauma, impacting upon their most intimate experiences. Gosine considers these conditions and turns inward to scrutinize his personal history, tracing the ways in which historical and contemporary negotiations of one’s humanness and animality have been wrapped up in narratives of race, gender and class, always underpinned by anxieties surrounding sex. Gosine considers the differences between pleasure and violence in the places he has lived: a rural village in the Caribbean island of Trinidad, Southern Ontario cities such as Oshawa and Toronto, the British beach town of Brighton, and the metropolitan centres of Paris and New York. Throughout this, Gosine suggests that his experience of the simultaneity of pleasure with violence is a direct aftermath of colonialism.

About the artist:
Andil Gosine is Associate Professor in Cultural and Artistic Practices at the Faculty of Environmental Studies, York University. Dr. Gosine’s research, writing, and arts practices consider imbrications of ecology, desire and power. His scholarly publications include articles in the journals Small Axe, Topia Journal of Cultural Studies, Alternatives, South Asian Studies, Sexualities, Caribbean Review of Gender Studies, and Canadian Woman Studies, as well as contributions to many anthologies and magazines including Art in America and ARC. His more recent arts practice began in 2011, and his work has since been performed and exhibited at the Museum of Latin American Art, the Fashion Institute of Technology, the Jamaica Performing Arts Centre, Supernova, the Wallach Art Gallery at Columbia University and Queens Museum in the USA, Transmission and Golden Thread galleries in the UK, and O’Born Contemporary, Glenhyrst Gallery, the Robert McLaughlin Gallery and the Art Gallery of Ontario, in Canada. Dr. Gosine was born in Trinidad, until his family's subsequent move to Canada. He has since also lived in France, Britain and the United States.

Andil Gosine: Coolie Coolie Viens is organized by McIntosh Gallery in partnership with the Glenhyrst Art Gallery of Brant.